Thomas Dorsey was born in Villa Rica, Georgia on July 1, 1899. His father was a Baptist minister and his mother worked as a music teacher and served as the church organist. His mother taught him how to play the piano. After moving to Atlanta, due to economic struggles, Thomas’ father had to stop pastoring and became a laborer and his mother worked as a domestic servant. This change during childhood caused Dorsey to lose his connection to the church.

Dorsey originally performed under the name of Georgia Tom. He was a leading Blues pianist and his best-selling record was the hit “Tight Like That” recorded in 1928 with Tampa Red. The song sold over seven million copies. He served as Ma Rainey’s jazz band leader in the early 1920’s and put together the “Wild Cats Jazz band” for her. Nettie Harper, Rainey’s wardrobe mistress, eventually became Dorsey’s first wife. Earlier in his career, Tom played piano regularly in Al Capone’s speakeasies and in other Chicago after hour spots where he was known as the “Whispering Piano Player”. This nickname was given to him because he was adept at playing soft enough at the parties to keep from drawing police attention.

Thomas A. Dorsey is credited with publishing over 400 jazz and blues songs and composed hundreds more. 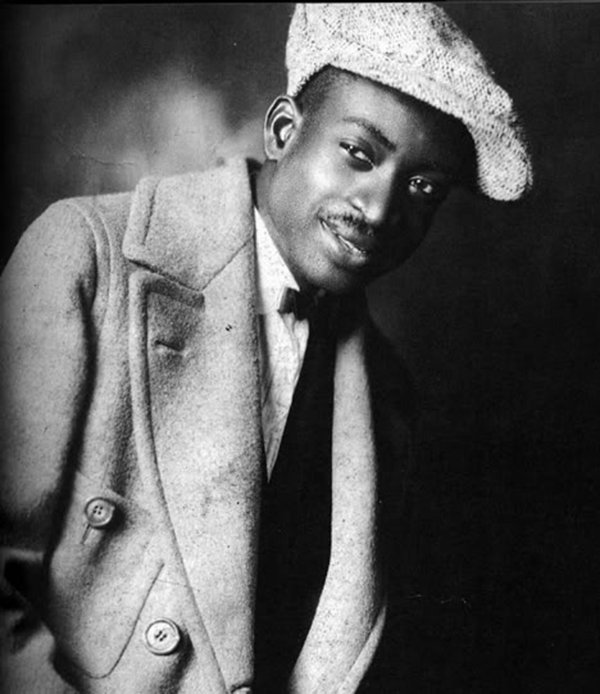 Mr. Dorsey’s most famous composition, “Precious Lord, Take My Hand” was composed during the grief he suffered after his first wife, Nettie Harper, died during childbirth and his first son, Thomas Andrew Jr., died two weeks later. This horrific event coupled with several nervous breakdowns where he contemplated suicide led to Dorsey committing himself entirely to gospel music and the Lord’s work.

Thomas Dorsey established the first Black gospel publishing company, Dorsey’s House of Music in 1932 after growing dissatisfied with the way the music publishing industry treated African-American composers. He was the founder and first president of the National Convention of Gospel Choir and Choruses. An organization that still exists today with a stated goal of fostering an appreciation of Gospel music and developing the spiritual growth of its membership.

Considered the Father of Black Gospel Music, Dorsey was one of the first to combine Christian praise with rhythms of jazz and blues. He is even credited with devising the phrase “Gospel Music”. In the beginning, many mainstream churches rejected his songs. He spoke many times about being “thrown out of some of the best churches in America” where the pastor’s labeled his gospel songs as “Devil Music”.

Dorsey was the first African-American elected to the Nashville Songwriters Hall of Fame and the Gospel Music Association’s Living Hall of Fame. He was inducted into the Georgia Music Hall of Fame in 1982 and the Gennett Records Walk of Fame in 2007. His composition papers, the Thomas A. Dorsey Archives, are located at Fisk University where his collection joined those of W. C. Handy, George Gershwin, and the Jubilee Singers.

Thomas Dorsey was a member of Omega Psi Phi Fraternity. He also served as Music Director of Pilgrim Baptist Church (Chicago, IL) from 1932 to the late 1970’s. In 2006, a significant part of his church was destroyed by fire. The congregation is raising funds to rebuild this historic church whose existence dates back to 1921. Please join the effort to help Rebuild Pilgrim Baptist Church.

His song, “Precious Lord, Take My Hand” was a favorite of Dr. Martin Luther King Jr. It was sung at a rally the night before King was assassinated and at the funeral of Dr. King and President Lyndon B. Johnson per their request.

Thomas A. Dorsey was greatly influenced by the talented entertainers who performed at the 81 Theater, a prestigious venue in Atlanta’s Black Entertainment District (Decatur Street). He started working there as an usher at the age of 11 after dropping out of school to help support his family.

Dorsey is responsible for discovering and nurturing the career of the world’s first gospel superstar, Mahalia Jackson. He discovered her at the age of seventeen. Together they ushered in what became known as the “Golden Age of Gospel Music”. She had the perfect blend of Blues presence and spirituality to sing his new more emotive gospels. Mahalia’s two biggest songs and future gospel standards “Precious Lord” and “Peace in the Valley” were composed by Dorsey.

Rev. Dorsey made his transition at the age of 93 in Chicago, Illinois on January 23, 1993. He is interred in the Oak Woods Cemetery in the Southside of Chicago (Illinois). (Please join the effort to help: Rebuild Pilgrim Baptist Church. )

A brief TV One clip documenting the history of Thomas Dorsey.

A segment from the video “The Story of Gospel Music” about Thomas Dorsey.

A documentary from 1998 that provides a thorough overview of the history and performers of gospel vintage recordings.

A documentary from 1982 focusing on two of the gospel music’s pioneering forces, Thomas A. Dorsey and Willie May Ford Smith.