Pan-Africanism is both a philosophy and a movement which seeks to unite every man and woman of African origin irrespective of their location,  religious or cultural affiliations. It was only natural for Pan-Africanism to take shape in early to mid 20th century in Africa as it was a time when the golden age of colonial rule was beginning to crumble.

Fueled by the idea that the unity and solidarity of Africans would help the continent achieve its full potential several African embraced the concept. Some of these influential leaders were Julius Nyerere, Marcus Garvey, W.E.B Du Bois, Haile Selassie, Malcom X, Muammar Gaddafi and Kwame Nkrumah.

Who is Kwame Nkrumah?

It is near impossible to discuss Pan-Africanism and not mention Kwame Nkrumah, the man who believed that a coalition of Africans would lead to global recognition. There’s a lot to know about this iconic individual but his ideologies are of more importance to this article so only a brief account of his story is given here.

Kwame Nkrumah was born on September 21, 1909.  Shortly after his birth, he was named Kwame; a name his Akan tribesmen gives every male child born on Sunday. His elementary education took place in Achimota, Accra, where he trained to become a teacher.

After completing his training, Kwame taught at the Roman Catholic School in Elmina eventually serving as its Headmaster in Axim. But all the while, Kwame dreamed of a united Africa but feared that this goal would never be achieved due to a lack of action by leadership.  His worry increased when he was exposed to Black nationalism via the speeches and writings of Dr. Nnamdi Azikiwe, a Nigerian nationalist.

Nnamdi Azikiwe encouraged Kwame to attend his alma mater Lincoln College, an HBCU based in Pennsylvania. At Lincoln, Kwame was able to further his education earning a degree in Sociology and Economics as well as Master’s degrees in Philosophy and Education from the University of Pennsylvania. After completing his education he returned to Ghana and began a career as a political activist where he led Ghana to independence from British rule in 1957 and served as the country’s first Prime Minister and President.

Influenced by Marxism and Leninism, he came up with a two-fold idea:

Basically, he believed that the average African has the right to be free and the potential to be great. To achieve the goals of Pan-Africanism, Kwame Nkrumah fought against oppression and exploitation which was – at the time – the norm among many colonialists in Africa.

Having experienced racism personally during his time in the United States, Kwame Nkrumah was determined to fight back. Motivated by the struggles of Dr. Martin Luther King Jr. and Malcom X against  oppression in the US, he decided to return to Ghana and serve as a voice for his people. He organized rallies and events that promoted his Pan-Africanist ideas.

Nkrumah was a founding member of the Organization for African Unity (OAU) which had three main goals:

His Relationship With Other Black Emancipators

Even when he was a student at Lincoln College, Kwame Nkrumah participated in activist movements. He attended rallies organized by prominent black leaders such as Dr King, Malcom X and Stokely Carmichael. Not one to be satisfied by simply partaking in rallies, Kwame did all he could to unite these Black American activists with Africans back home. He hoped their lives would be positively affected if these activists succeed in the quest for absolute Black emancipation.

Years after his college days, when he had become the president of Ghana, Kwame Nkrumah invited Martin Luther King Jr. to Ghana. Interestingly, Dr Kings and his wife made it to Ghana to strengthen the budding Pan-Africanist movement and encourage Ghana as she struggled to attain independence. Stokely Carmichael followed suit when he was no longer safe in the United States. Stokely would go on to change his name to Kwame Toure in honour of  Kwame Nkrumah and then Guinea president, Ahmed Sekou Toure; two African heroes whose ideologies he had always admired.

The Legacy of Kwame Nkrumah

The life of Kwame Nkrumah continues to serve as a blueprint of how to organize for revolutionary Pan-Africanism. His contribution to African unity and emancipation from Eurocentrism led to President John Atta Mills declaring Kwame’s birthday as a national holiday that is now known as Founder’s Day. The BBC named him Africa’s Man of the Millennium for helping his country become the first Black nation break away from colonialism. Nkrumah won the Lenin Peace Prize, one of the Soviet Union’s most prestigious awards, in 1963. Additionally, he has received many honorary doctorate degrees from universities in Africa, the United States and Germany. A statue and mausoleum was also erected in his honor in Accra Ghana.

Learn more about the life and legacy of Kwame Nkrumah.

“The World Before Us”, profiles the rise & fall of Dr Kwame Nkrumah. This objective program features excellent historical clips, and great interviews.

Learn more about the Life and Legacy of Kwame Nkrumah

Interested in African History, Culture & Fashion? Enjoyed the article you just read? If so you may be interested in our Bi-Weekly newsletter entitled The African Spirit. Our goal is to help you reconnect with your African roots. 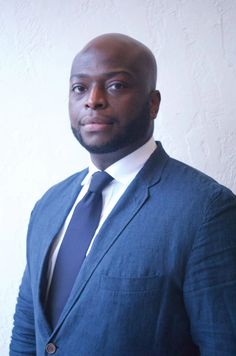 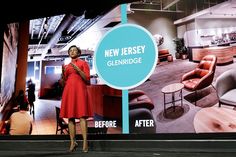 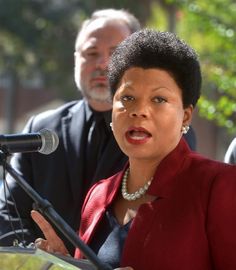 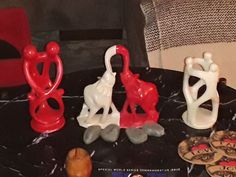