Home Archives for Features Book of the Week 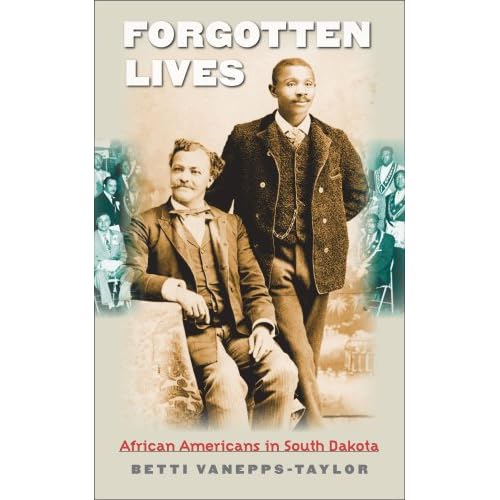 Purchase the book at: Amazon.com

This book looks very interesting.  I personally plan on reading it this summer.  We always hear about African American in the south, east and western areas of the United States of America but history teaches us very little about the prominent African Americans in the Great Plains states.  We don’t make up a large percentage of the population in those states but like they say, it’s the quality not the quantity that matters.

Throughout South Dakota’s history, African Americans have been vastly outnumbered by their white and American Indian neighbors. Underreported as well, they have been misrepresented by historians, journalists, even census-takers. However, from the first African Americans to visits the Northern Great Plains as fur traders in the early 1800s to twentieth-century voting-rights advocates or professionals recruited after World War II, African Americans have pioneered here. They have participated in the state’s successes and failures and contributed to its rich history.

In Forgotten Lives, Betti VanEpps-Taylor teases these South Dakotans’ stories out of newspaper accounts, census records, early social histories, and oral histories. Her insights into the lives and communities of this small but vital minority span two centuries and focus on the well known as well as the local. Prominent figures such as York, who accompanied Lewis and Clark on their expedition, and Oscar Micheaux, the acclaimed filmmaker, fit neatly into the timeline, alongside less-famous laborers, river men, soldiers, seamstresses, business owners, miners, lawyers, homesteaders, midwives, doctors, and town leaders. Their stories offer much to twenty-first-century Americans still struggling to come to grips with their racial history.

Alan and Aaron Hicks were recently featured on WTTW in Chicago.  In this video you can learn more about the two phenomenal twin artists, their history, and their techniques and strategies when creating art.  You can also learn more about their new childrens book: Noah’s Ark which was created with their long time collaborator Robert Richardson.

Check out the video for yourself and learn more about Alan Hicks and Aaron Hicks and Twin Hicks Art! 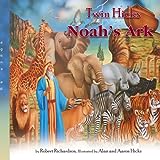 We also have a lot of art by Alan and Aaron Hicks featured throughout our site.  View some of their art in our Black Bibilical Heroes Art Collection.

We have recently updated our African American Bookshelf for August and think their may be some great fiction and non-fiction works their that you may enjoy. You can find the bookshelf in the sidebar on the right in the sponsor section. Take a look and hopefully you’ll find something that you may want to read!

Collecting African American Art is our featured book of the week. It was written by Halima Taha and published by Verve Editions. Below you can find a brief summary about the book as well as a picture and bio of the author.

Collecting African American Art effectively dispels the misconception that the hobby of art collecting is reserved solely for the wealthy. In these pages, lavishly illustrated with almost 200 works by a wide range of artists, readers will find practical guidelines for becoming an informed collector, including specific criteria for working with dealers. This guide presents both new and established artists and identifies dealers throughout the nation specializing in the field. Insightful and accessible, it is the first book to define the role of the collector of African American art. The result is a unique and essential guide to developing a meaningful and rewarding collection.

HALIMA TAHA is recognized throughout the Untied States as a leading authority on collecting African American art and arts management. For more than twenty years, she continues to contribute to the field as an appraiser, art advisor, educator and speaker. Author of best selling book, Collecting African American Art: Works on Paper and Canvas (Crown, 1/99 and Verve Editions 1/05) and Three Decades of American Printmaking: the Brandywine Collection (Hudson Hills Press, 10/04) Ms. Taha is a highly sought media personality and consultant. She was featured in USA Today and has appeared on many shows including Fox News, Good Day New York and PBS, where her highly acclaimed book was featured as a choice membership incentive Her experience includes her leadership as an arts advocate and spokesperson, lecturer, former Managing Director and Art Gallery Owner, specializing in 20th Century art and photography.

Her consulting expertise keeps her in demand and includes fine art appraising, private and corporate art collections development, visual and performing artist’s management, institutional public program planning and arts and education curriculum development. Former member of the faculty of the College of New Rochelle, she is listed in the Annual Yearbook of Experts, Authorities and Spokespersons.

She is committed to nurturing the development of American visual culture through institutional and private collections, arts in education programs and corporate campaigns, as a means of inviting audiences to discover new and exciting things about themselves and the society in which they live, through art.