A portrait of Senator Barack Obama, created by renowned artist Gilbert Young, was recently awarded an unprecedented honor when Senator Obama endorsed the dual portrait by autographing the original work along with the artist.

“Obama said I made him look good,” the Atlanta-based artist smiled. “I told him, that’s my job!” 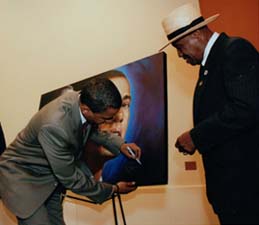 The portrait, entitled “History + Hope = Change” will be used to create a series of commemorative posters, limited edition prints, and a very special limited edition full-sized serigraph. Proceeds from sales of the items will benefit the Obama for America campaign. Posters will sell for $20, signed and numbered prints will start at $1500 and will be packaged with an autographed photo of Young and Barack signing the original work of art.

Young created the portrait after receiving an invitation to attend a reception for the Senator during the NAACP Annual Convention recently held in Cincinnati.

“I handed my card to Obama and he said he knew my work,” Young said. “Then Obama called me a legend. It was one of the highlights of my career. I’ve never been so proud of my own work.”

The card Obama received featured a work of art that has become Young’s trademark. It depicts a man reaching down over a wall for another man’s hand. Young considers the image, entitled “He Ain’t Heavy,” to be a personal statement on social responsibility. “He Ain’t Heavy” has sold in galleries and gift shops across the U.S. and in select cities around the world for nearly 30 years.

Young will be in Denver August 25-29 to sign his historic “History + Hope = Change” posters and prints during the 2008 Democratic National Convention as a featured artist at the 9th annual After 5 Jazz & Blues Festival held in the historic Five Points Community. He will also appear at a reception hosted by Akente Express Gallery.

For more information, please visit www.historyhopechange.com, which will go live on August 24, 2008. 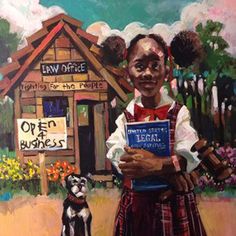 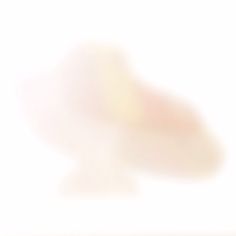 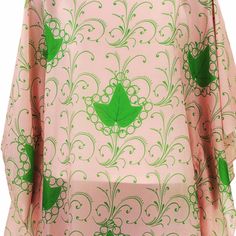 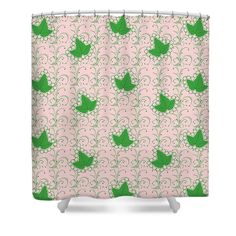 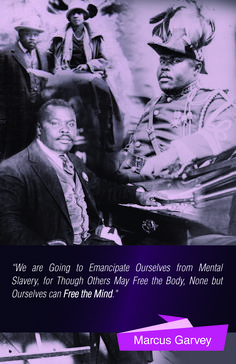 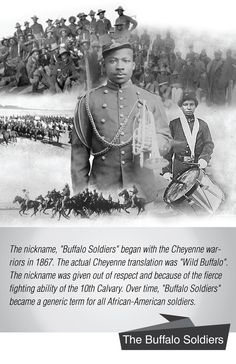